What drew Dr. Lauren Nolen to obstetrics and gynecology was the uniqueness of it from any other specialty. She especially loves the day-to-day variation from clinic to the operating room to deliveries. “There is no greater joy than delivering babies!” says Dr. Nolen. She delivered her first child in 2018 and says that her own experience has made her an even better obstetrician. “ I now have the ability to relate first hand to my patients and that has been so beneficial!” While she loves all aspects of her specialty, her particular interests include preventative women’s health, minimally invasive surgery, adolescent gynecology and high-risk obstetrics.

Dr. Lauren Nolen is a member of American College of Obstetrics and Gynecology and the AOA Honor Medical Society. She and her husband Chase Bender, have one daughter, Greer. They are both active members of the Conway community. 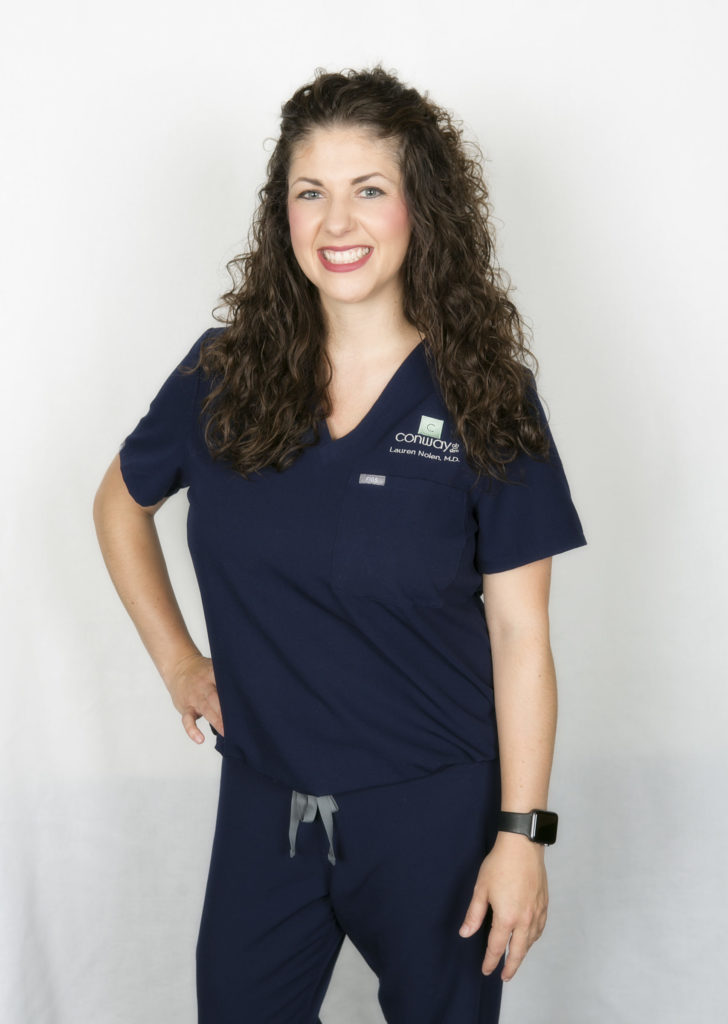 "Always have a great experience. Check in ladies, nurses, and dr Nolen are always so friendly and very helpful, they’ve got a way of making you feel comfortable at each visit."
January 2020
"I love coming here. This has been the best doctors office I have been to in my entire life. My obgyn was doctor Nolen and she was amazing and very kind. I love her. The nurses were very nice and caring."
January 2020
"Dr. Nolen is amazing. She makes you feel very comfortable during the whole visit! I would recommend her to anyone! Her nurse was also great!"
February 2020
Previous
Next

Whether it is your first appointment or just  another routine check up, we are here to guide you every step of the way.